Thomas Roussel, En Route to Conquer The World With A Universal Language: Music

“Emotion is the main thing for me.”

How did you get into music and composing?
(Thomas Roussel) I started music at the age of 3, thanks to my father who taught me how to read music before being able to read books. Then I learned the violin, the piano, and started to compose when I was around 10 years old, and never stopped. Outstanding composers and artists as John Williams, Igor Stravinsky or even Michael Jackson gave me the passion to become a composer. My first big piece was at the age of 21, mixing an orchestra with electronic keyboards already… it was in 2001.

What is your typical day like?
(TR) I start the day by taking care of my children, and then I go to my studio in Montmartre, Paris. I compose and produce music for different projects: fashion shows, film scores (feature film of advertising), music for special events, or personal works under the alias of Prequell.

“I’m very lucky to be able to work for all this people and companies while keeping my own vision.”

Conducting music often requires a big team where as there are other forms of arts that can be done solely artist themself. What is the favorite part of working with group of other musicians?
(TR) What I prefer is to travel and meet different musicians and orchestras. We don’t know each other, but through the scores I wrote we can start making music very quickly without even speaking the same language: music being a universal language. I love working in studios too, recording music is a very different job than performing live, and I love this aim to make a beautiful recording / album. Even in my solo album “The Future Comes Before – Prequell“, I worked with 200 persons, so it’s not really a “solo” project I guess.

Having work with different clients in different industries: Cartier, Dior, record label Ed Banger, Morpheus Hotel, Porsche for their first electric car and most recently with Apple for their TV launching to name a very few. What value remains the same in your music?
(TR) I’m very lucky to be able to work for all this people and companies while keeping my own vision, so I can express my ideas either as Prequell or Thomas Roussel. I just try to catch emotions in order to be inspired, and to restitute these emotions to the audience with music scores and orchestrations. Emotion is the main thing for me.

“With Prequell, I put a lot of me into this music, and it’s much darker than what you could see of me in real life.”

Your work under the name of Prequell, would this be work of music more reflecting inner you?
(TR) This is my most personal project, for sure. I worked a lot for movies, fashion shows, et cetera. For that kind of projects, you are at the service of the project, you are part of a team. With Prequell, I was for the first time alone, just at the service of the emotions I wanted to translate in music. Totally free! I put a lot of me into this music, and it’s much darker than what you could see of me in real life..

What music describes the best of Thomas Roussel and What music does of Prequell?
(TR) When I sign a music “Thomas Roussel”, it means I was at the service of a project. It means I’m not 100% free, artistically speaking. But I’m quite happy of what I did for Chanel or Dior for example, or for the movie Jumbo which is selected at Sundance in January, and should be released around March 2020. My most personal track under Prequell is definitely part X. There’s a whole story into this track.

“A live performance I did in the Forbidden City in Beijing. It was magical, it was quite hard for me to focus during the performance!”

One of the most memorable moments from your career?
(TR) I would say a live performance I did in the Forbidden City in Beijing. It was magical, it was quite hard for me to focus during the performance! I feel so lucky also to have performed for Chanel & Karl Lagerfeld at le Grand Palais a few times in Paris. Another highlight would definitely be the recording of my album with the legendary London Symphony Orchestra at Abbey Road Studios 2 years ago.

“I also found inspiration from sounds from the NASA sound cloud: frequencies produced by the earth, the stratosphere of Jupiter, or the sound of the Gravitational waves which hit earth in 2015.”

What influence, inspire you the most?
(TR) I’d say visual stuff. Like a movie, a piece of art, a picture, a sculpture. I try not to find inspiration from music, to stay original. For example, I was really inspired by the work of Daniel Arsham while making my album, 2 years ago. I also found inspiration from sounds from the NASA sound cloud: frequencies produced by the earth, the stratosphere of Jupiter, or the sound of the Gravitational waves which hit earth in 2015.

What do you usually do in the plane? and tips to beat jet lag?
(TR) I love watching movies, even if my manager advices me to sleep… Boring! (Laugh). Last trip I made to NYC, I had to write scores during all the trip. So no Avengers movie for me. My best tip to fix the jet lag is by thanking your stomach: get a big breakfast and hello morning! This advice, my manager totally agrees also. 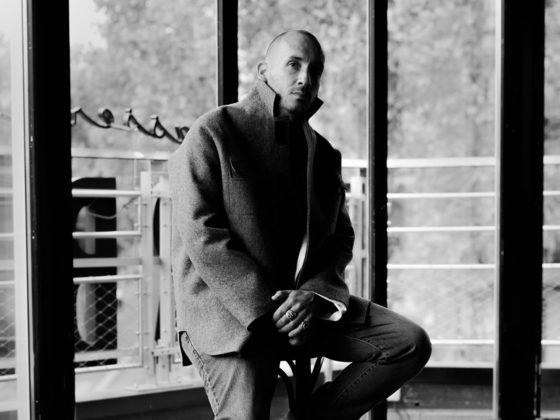 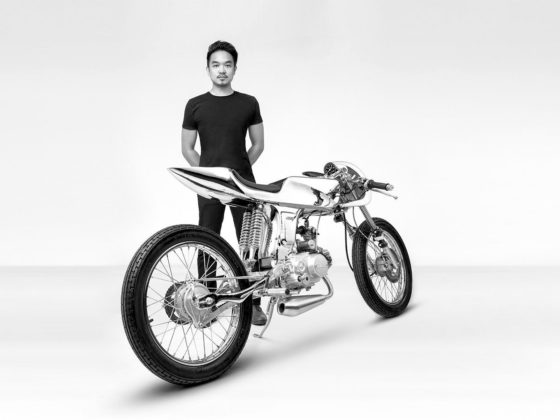 Daryl Villanueva, In Quest of Inspiring Others with Bandit9 Motorcycles