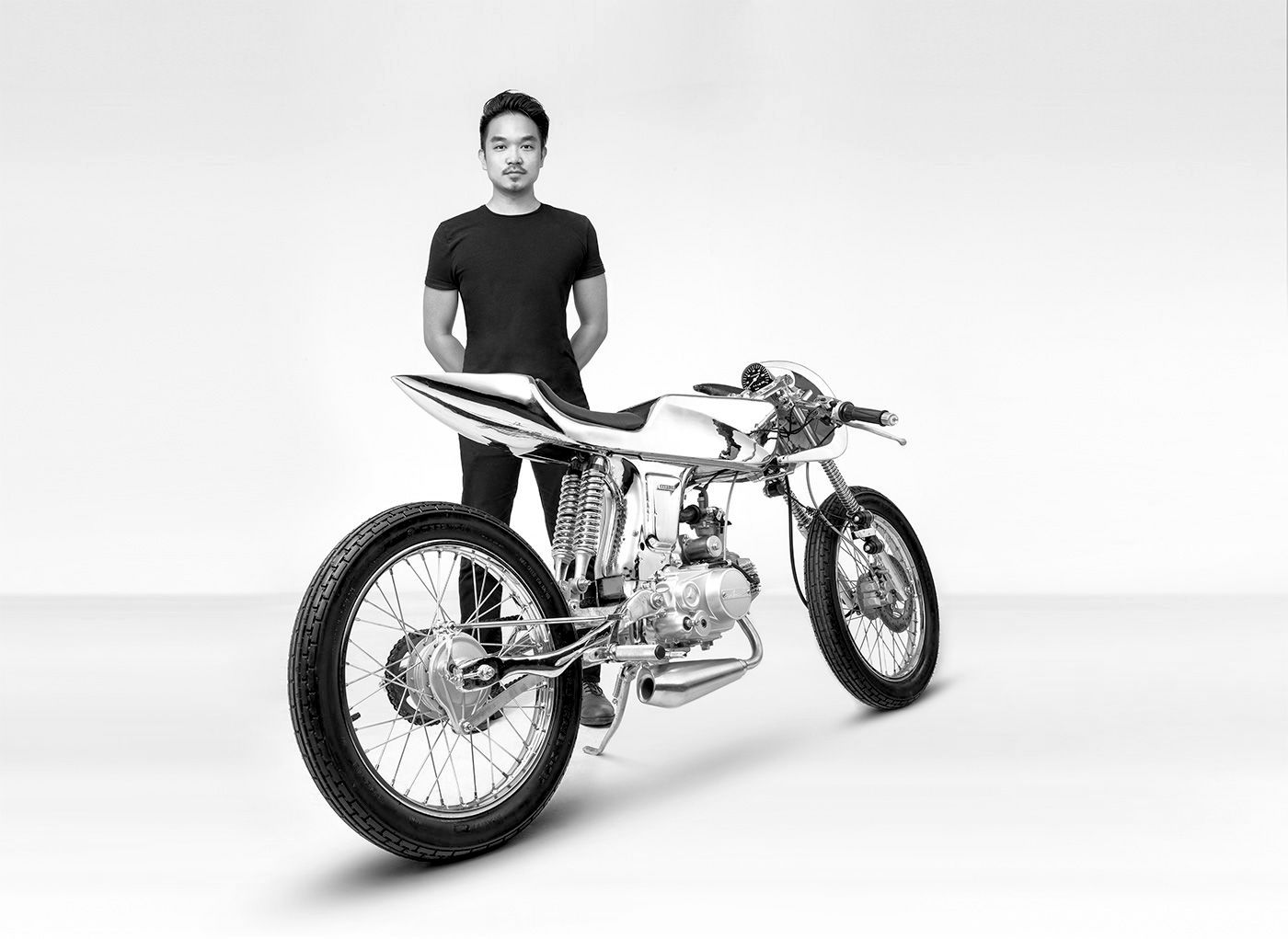 Daryl Villanueva, In Quest of Inspiring Others with Bandit9 Motorcycles

Daryl Villanueva is a CEO and a designer of Saigon based Bandit9 Motorcycles best known for its comes-out-straight-from-sci-fi look. Started everything from scratch, Vietnam origin motorcycle’s extraordinary look is being translated into many languages. Exhibited in several acclaimed mobility museums and galleries across the world: Peterson Automotive Museum in Los Angeles, M.A.D. Galleries in Geneva and in Dubai to name a few. Further more recently took seats in luxury department stores: Le Bon Marché in Paris and in Lane Crawford in Hong Kong for both exhibit and sale.

Please tell about your background. How did you start building and designing motorcycle?
(Daryl Villanueva) I was born in the Philippines, went to school in Hong Kong, Australia and Malaysia, and ended up studying Graphic Design in Los Angeles. I worked in advertising for about 10 years as an Art Director/Creative Director before I decided to start my own business out of frustration in the Ad industry. I’m not the gung-ho entrepreneur that takes risks, mortgages my house to fund my startup and puts everything on the line. I tend to take a more tactical approach to risks. Everything is calculated to the best of my ability to mitigate risk. I worked a job I hated for more than a year just to save up enough cash and prepare for a year of complete failure in Bandit9. Fortunately, I didn’t need it. Our first motorcycle was a hit and we’ve somehow stayed afloat since. It’s a miracle.

“I hope my story of escaping a miserable job to pursue a dream sets a good example… I’m not special. If I can find a way to do it, anyone can.”

What was your goal with Bandit 9 when you first designing? Was it the most fastest, beautiful or rare
(DV) We can’t beat brands like Ducati with a racing pedigree. It’s not our forte. I don’t have a engineering or mechanical background. I have a degree in graphic design, which I think is a blessing in a sense that I tackle problems from a different perspective. My goal with Bandit9 is simply to inspire others. It’s not to make money. It’s not to make motorcycle history. It’s to inspire. In any way possible. I hope my story of escaping a miserable job to pursue a dream sets a good example for those who may be afraid to take the leap. I’m not special. If I can find a way to do it, anyone can. When it comes to the bikes, we always strive to challenge the motorcycle form factor, which is why our pieces look the way they do. The traditionalists hate our work. But there are a handful of those who really understand what we’re trying to achieve, which is to question the norm. And again, I hope that it gives courage to others to bring a little crazy to the world regardless of their field.

Were you always been a rider for yourself?  What is motorbike culture like in Vietnam?
(DV) My mother, as all great mothers are, is very protective and never in a million years would she let me ride a motorcycle. Actually, she still doesn’t “officially” know – I’m afraid of her backhand. I’m considered a late bloomer having started riding when I was already 25. I was working in Vietnam where the motorcycle is a way of life here and wanted to dive into the culture. I fell in love immediately both with motorcycles and the country. I truly believe that motorcycles are the lifeblood of the country. If you’re ever at a vantage point over the city, you’ll understand how motorcycles are like the cells that course through the city’s veins. They transport people from one place to another to perform a specific job (repair, delivery, security, communication, etc.) and it’s what keeps the city alive. It’s where the Saigon gets its palpable energy.

And how does this culture influence your design work?
(DV) First of all, I’m very thankful to the country and its people for being such a fantastic host. I’ve lived in the West, the East and the Middle-East but I’ve found Vietnam to be the most welcoming. I’ve been very lucky. My formal education comes from the West and I’ve found that there are some qualities in the workplace that are still behind in the East: how to challenge a superior without fear of reprimand, the efficiency of being direct, the importance of questioning conventions to achieve better results, aiming high and hitting targets, quality. Eastern countries spend far too much time worrying about “face,” which is about how you look to others. In a nutshell, it’s your ego and the opinions of others getting in the way, and I think it’s the single biggest hinderance to progress in the East. But what Vietnam has in spades is far more important than work or money: humility, reflecting and appreciating the little things, how to be kind without agenda, the value of getting your hands dirty and doing the little jobs, a strong sense of family, patience, politeness, hospitality. And I believe these are the real keys to happiness. And this bleeds into our work and our lives every day. I’ll keep it simple: if I was not happy with what I was doing or my life, I would make change quickly and in the opposite direction. 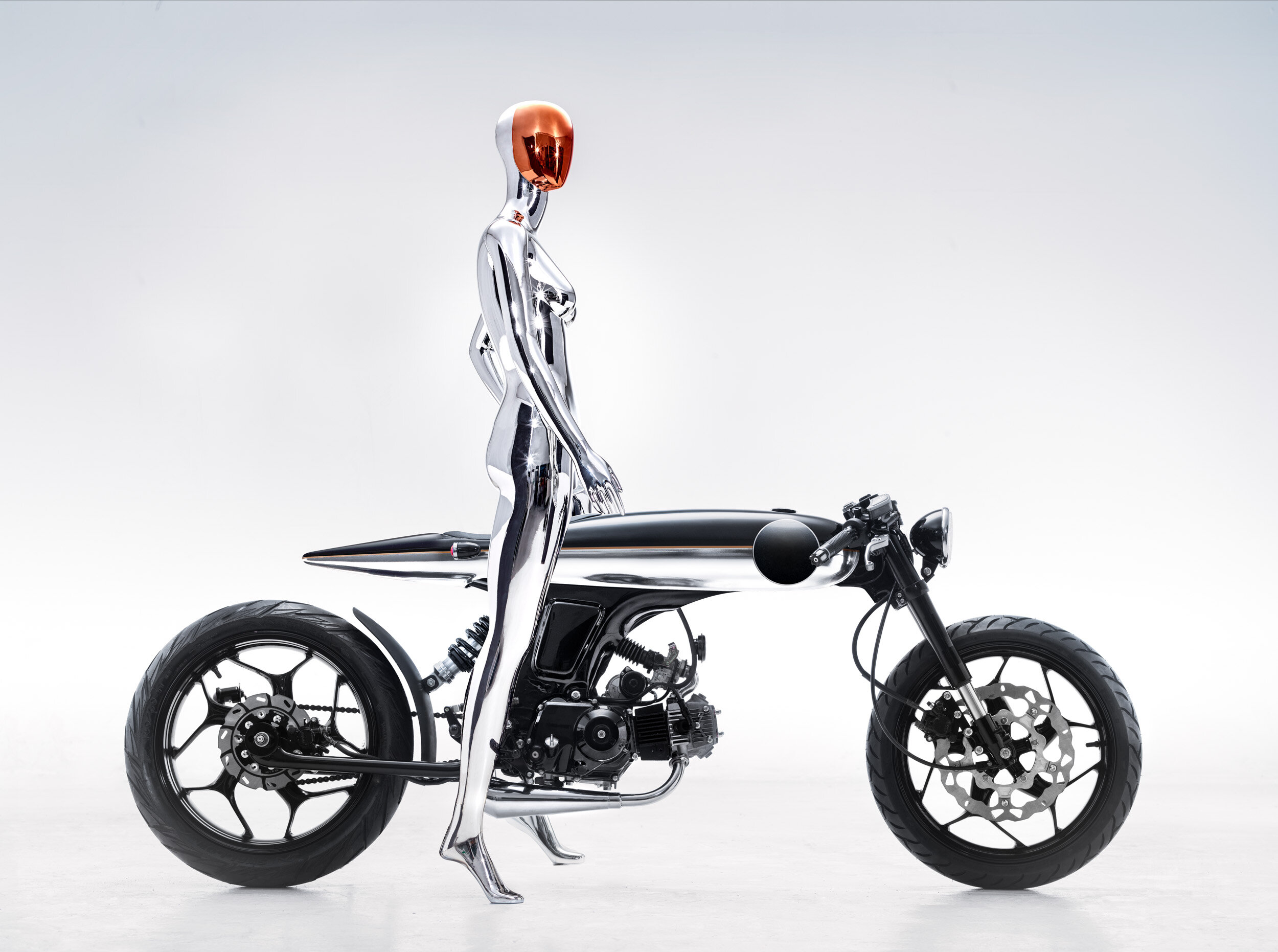 “Philosophically, I love the spirit of the Jet Age where mankind shot for the moon, invented supersonic travel, put jet engines in cars.”

Bandit9 is well known for its sharp and futuristic design. It appeals as a very nice art object as well. Where do you get inspiration?
(DV) I take inspiration anywhere I can. Inspiration is gold and just as rare. But I find inspiration in different places that depend on the task that’s in front of me. Philosophically, I love the spirit of the Jet Age where mankind shot for the moon, invented supersonic travel, put jet engines in cars. Books are a huge source of inspiration from me. I read a lot to absorb as many tools and ideas as possible, especially when it comes to business and finance. I take learning quite seriously and do what I can to just pack my brain with as much as I can. I read biographies and memoirs of the greats, self-help books about efficiency and productivity, take classes online, and watch a lot of documentaries. When it comes to design, it’s really hard to say because, again, everything can be a source of inspiration – films, comic books, furniture, gastronomy, musical instruments, watches, sports cars, tech. But inspiration that really makes a visible impact on the work we do, it’s sporadic and hard to find. I do look up to specific folks in different fields like Zaha Hadid, Raymond Loewy, Marc Newson, Ross Lovegrove. There are too many to name.

What is most challenging issue designing motorcycle today?
(DV) Quite frankly, Saigon itself is the biggest challenge when it comes to designing a motorcycle. First of all, we don’t have access to parts. If we decide to buy it online, we’re going to get hit with a hefty import tax. Secondly, the work ethic here is inconsistent. There are some folks who put their heart and soul into what they do. And there are others who are happy to just get by. It’s a real shame because they’re very gifted. But because of it, we run into issues with timelines and delivery. If our suppliers are late, it puts tremendous pressure on us to deliver the bike on time. It gets really frustrating. I’ve tried to be nice. I’ve tried being strict. I’ve tried rewards and reprimands. I’ve tried extending timelines to mitigate their delays. It doesn’t matter; they’re always late. My dad always taught me that being on time is a big part of being a professional so it really irks me when suppliers are late, which cause me to be late. This is one issue I haven’t been able to crack no matter how hard I try and what solutions I throw at it. But it’s something I’ll be meditating on in 2020.

“My wife used to live in Paris and she spent a lot of time at Le Bon Marché. I knew I had to get one of our bikes at their store. It was more for my wife than it was for me. I just want to make her proud.”

One of the most memorable moments or customers?
(DV) Getting into Lane Crawford in Hong Kong and Le Bon Marché is Paris was a pretty huge deal for me. I think both have a wonderfully curated selection of pieces but they speak to me on a more personal level. My wife used to live in Paris and she spent a lot of time at Le Bon Marché. We were finally able to take a trip there together a couple of years ago and visited their beautiful space. Right there and then I knew I had to get one of our bikes at their store and I somehow managed to make it happen. But really, it was more for my wife than it was for me. I just want to make her proud. My connection to Lane Crawford goes way back. My father used to work in the building above one of their shops in Hong Kong and I distinctly remember walking their floors to kill some time while I waited for him to finish work. I was young, maybe 8 to 10 years old. Everything in the shop was always out of reach for me and to actually be a part of their collection is surreal. I was there a couple of weeks ago to see two of our bikes at the shop…I almost cried.

Do you see yourself designing and building other form of vehicle?
(DV) Absolutely. I really want to tackle cars. I feel like there’s a lot of opportunity there to do some amazing things but the amount of work is insane. I think the interior alone would take me years. Finding the right guys and assembling a team to execute my crazy designs would be difficult and there aren’t a lot of folks out there with the expertise required to customizing cars to the same extent as motorcycles. I think the cost of customizing a car would be astronomical. I would definitely jump on the opportunity if I was lucky enough to be given a shot. I’ve already got a thousand ideas sleeping in my notebook waiting for the right opportunity.

What are you interested in these days?
(DV) I’ve always had a large number of hobbies and interests. I don’t think I’ve added anything new to the list. It’s just gotten more intense as I get older. Besides motorcycles and design, I’ve always loved watching films and shows. I think if started again, maybe I’d go into films. I’m also a huge watch guy. There’s something about a timepiece. I find the artistry and engineering behind a watch is mesmerizing. A lot of younger folks don’t understand this: a watch that tells the time, the day, the date, the year, has a chronograph, and moon phase, has the ability to go over 100 meters underwater – all this without a computer chip and without batteries. Everything functions with precision via tiny gears and springs that fit onto your wrist. It’s far more rewarding to check the time on a beautiful watch than on your phone. I’m a bit of an audiophile as well. I find it relaxing. In the morning, I would meditate and in the evening, I’d listen to music. When was the last time you just listened to music – not while you’re on your cellphone or cooking. You’ll fall in love with music again. I highly recommend it.

Thomas Roussel, En Route to Conquer The World With A Universal Language: Music 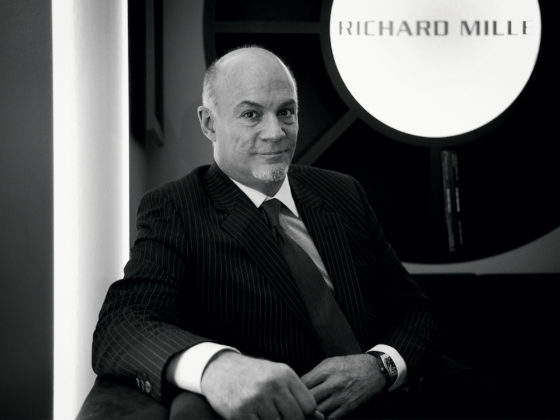 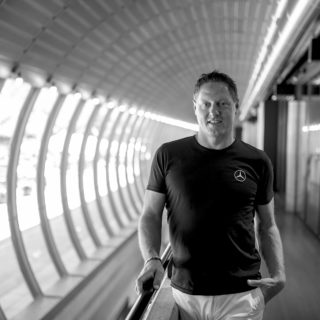 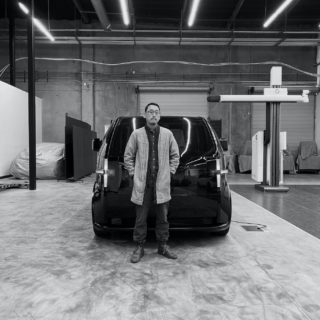 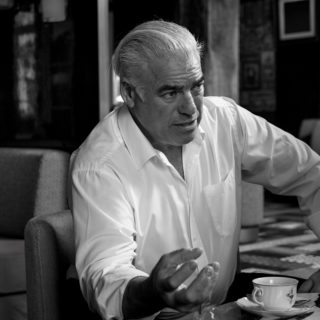 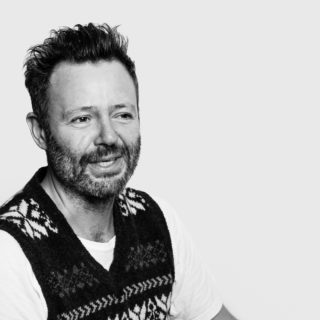 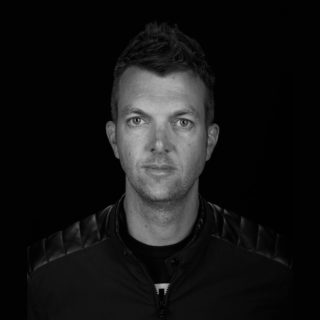